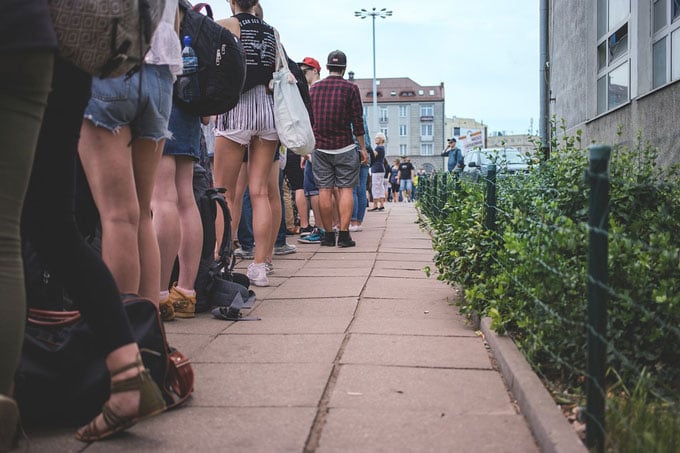 Introducing queue software to a government agency is the first step in changing the way citizens think about the government. In an industry that has perhaps earned its reputation for inefficiency in terms of day-to-day processes and customer satisfaction, any improvement helps. A queueless system tackles every major issue that citizens have with government offices. Slow wait times, clogged lines and waiting areas, confusion, and frustration melt away as soon as you implement an efficient system that relies on communication, documentation, and transparency.

The QLess system allows you to serve citizens at a speedy rate that doesn't interfere with the quality of the help you offer. On the contrary, getting rid of traditional lines and moving your appointments to an online system enhances customer care and quality assurance. The staff will have the ability to do their jobs instead of playing moderator and calming down unhappy visitors. Take a look at the benefits attached to a queueless office. Draw the line at traditional lines.

Reductions Across the Board

Queue software eliminates inefficiency and maximizes resources. Switching over to QLess not only provides you with the tools you need to reach out to your citizens, such as apps, a system cloud, and on-site kiosks, but it also cuts down on waste. Specifically, getting rid of lines altogether and moving your day-to-day organization onto the cloud will cut down on wasted money and wasted time.

Government offices often have to deal with tight budgets. That's not their fault. Government employees have no control over how much money they receive. Unfortunately, the lack of funds is often directly responsible for slow wait times and unprepared citizens and employees. Your office may be understaffed or lacking in essential resources. Both of those problems can be solved by going queueless.

For one thing, government agents can use their knowledge and talents in the appropriate areas. Instead of soothing irritated citizens and acting as referees, they can fulfill their job titles. The ability to allocate all of your resources to the appropriate areas is a substantial money-saver. More people are successfully assisted during the course of the business day, which also cuts the need for overtime. Naturally, saving time always saves money, as well.

The most notable benefit of a queue system is the reduction of wait times. Long lines and time-wasting waits are the biggest complaints of the citizenry. Whether they're headed to the DMV, the post office, or city hall, citizens grumble about how long it takes to accomplish anything at their local government offices. People dread registering their vehicles, getting building permits, and even mailing letters because doing so steals a sizable portion of their busy days.

Replacing the traditional waiting system with a queueless system can have a significant impact on your office. In addition to decreasing physical lines by as much as 35%, you give citizens a transparent look into what's happening at the office. They don't have to be held captive in a slow-moving line, waiting forever for a chance to interact with a live human being.

When citizens walk into a government office, they have no idea what's waiting for them. On a given day, someone can walk into the DMV and find that no one else is in the waiting room, leading to speedy service. However, it's just as common to discover an overfilled waiting area packed wall-to-wall with impatient people. That's not the case with queueless software. Uncertainty becomes a non-issue because transparency is the name of the game.

Queue software allows citizens to see how long they have to wait to see an agent. If things are running behind schedule, then employees can update the QLess system, which sends out an alert to anyone who has an appointment that day. As a result, citizens have more freedom. They can wait in line, run other errands, or reschedule for another day.

Another complaint among citizens has to do with knowing where to go. Once they arrive at a government office, they get confused. They get frustrated when they don't know which line to join or whom they need to see. QLess can reveal all of that, however. Once a person signs up for an appointment, the system can tell them precisely where they need to go.

Not knowing what documentation they need is also an issue for citizens. It's also a problem that a queue system can fix. Nearly everyone can sympathize with how it feels to wait in a long line only to realize that you don't have a form or a signature that you need. The QLess kiosks that reside within government offices help to eliminate this issue. You can program them to provide citizens with the paperwork necessary to complete their tasks.

Checking in is simplicity itself with a queueless program. That's an irresistible attraction because citizens don't even have to be in the building to reserve a place in line. The system merges technology with essential government tasks. A citizen can load up the app at home, pick an appointment time, and then run errands or gather paperwork. There's no need to spend hours of the day waiting in line just to secure a spot. No one else receives precedence over someone who booked an appointment, regardless of if they're physically present. All a citizen has to do is show up in time for the reserved time slot.

Communication between government employees and citizens doesn't have a sterling reputation. Citizens often express disappointment over not having anyone to talk to about what they need, where to go, and how long they have to wait for assistance. That's where the transparency of queueless software can have a positive effect on your office.

Agents at the office can use queue software to send alerts and updates to the citizenry, especially those who have appointments to come in that day. Letting people know that the office is backed up is a courtesy that they appreciate. They may find it slightly inconvenient to wait a bit longer or to change their appointment, but again, they can accomplish either of those tasks without setting foot inside the office. They’re aware that the office is running behind before their scheduled appointment. Knowing that they can go out to lunch or switch their reservation to another day beats walking into the office and being blindsided by a long line.

The kicker is that citizens can get in touch with employees at the office, as well. Schedules change and emergencies pop up in an instant. With a queue system, members of the community can notify government agents that their schedules are behind and they need to cancel an appointment, push it back an hour or two, or reschedule for another day. The best part is that they can do so without giving up their place in the virtual line. They simply have the option of choosing what's most convenient for them, which is a luxury that isn't usually associated with government offices. Although they serve the community, the time and convenience of the citizenry aren't often prioritized.

A queue software system will ultimately impact your staff, as well. Long waits, lengthy appointments, and angry citizens negatively affect their morale. Who wants to come to work each day when you know you'll spend all of your time dealing with angry people who direct their ire at you?

The reduction of wait times means that employees aren't forever playing catch-up with the clock. They can split up the day's appointments to ensure that there's no lag time between citizens. One agent will never have a crush of appointments while another employee has none. The system takes care of walk-ins by shuffling them into open time slots, which further decreases downtime among employees. 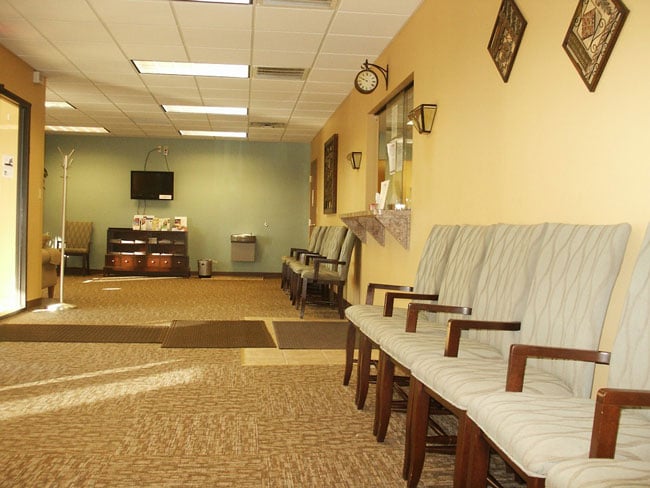 Although it seems like a small thing, going queueless can empty out your waiting area. You won't have days that are standing-room-only any longer, which reduces feelings of irritation among citizens, too. Imagine not having to deal with scuffles over available seats or complaints of having to stand for hours.

In time, all of these benefits will change the way the community talks about its local government offices. Instead of sharing tales of woe about the courthouse or the DMV, citizens will sing the praises of its newly-efficient agencies. Positive citizens will result in happier employees, and satisfied employees will ensure excellent customer service, which leads to pleased citizens.

Whatever service your government office provides, you can streamline your processes, reduce wait times, and improve customer service with the introduction of queue software. You can't put a price tag on the ability to communicate with your citizens and offer them a higher quality of service. Have you considered going queueless?