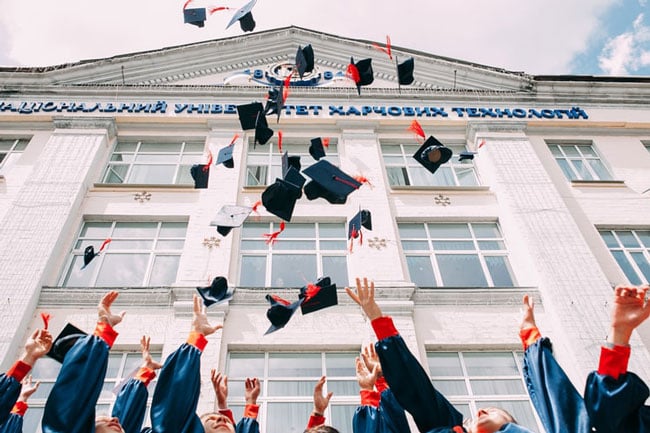 The college crisis is quickly reaching epic proportions. With some problems, such as professor shortages and soaring tuition rates, administrators are helpless to do much to help the coeds who want to attend their university. As an administrator, however, you can—and should—try to empathize with why students are so frustrated. The introduction of queue management software can go a long way toward improving the college experience for both students and employees, but you have to remain open to the possibilities.

Let's talk about the sources of academic angst among students for a few moments. Can you imagine spending tens of thousands of dollars per semester only to be forced to wait in line for everything? Waiting happens, that's true. Students have been living with it up to this point, just as they've been dealing with the problem of over-crowded classrooms and abominable teacher to student ratios. The problem is getting worse, though. So many colleges and universities are under-staffed, especially in admin departments, such as the Office of the Registrar, the Admissions Office, and the student services departments. Coeds are having trouble even signing up for classes. Once that time of year rolls around, they arrive on campus to discover long lines and disorganized offices. Trying to prepare their schedules, pay fees, or reserve space in a lab becomes impossible. More and more students find themselves shut out of the courses they need because they were unable to talk to anyone or schedule an appointment.

That's unacceptable. It also illuminates why students are unhappy. If your college experiences high attrition levels and a severe lack of student morale, you need to take a step back. Objectively judge your policies and processes. Do your administrative offices work as effectively and efficiently as they could, or have they fallen victim to a lack of funding and resources? The QLess queue management system could save the day. It's an affordable measure that streamlines the organization in any campus office. Be honest with yourself: can you afford not to improve the way you do business?

The College Experience Via the Cloud

Coeds appreciate cloud technology, which is one advantage that queue management software has over traditional waiting systems that involve taking a number and serving people as they come. The students of today do everything via their laptops and smart devices. The up-and-coming generations don't even take notes the old-fashioned way. They look for their lectures to be transcribed online. Many professors, already understanding the importance of cloud tech as it applies to their teaching duties, already upload lectures and other study materials so that students can access them from anywhere. The odds are high that, on your campus, you see evidence of this. In classrooms, students tap away on laptops and tablets while taking notes. When they peruse the course catalog, they're on their phones.

With all of that in mind, you can see how a queue system can shine. QLess takes the idea of a regular line and sends it into cyberspace. Once your university implements this software for any department or office, students can go onto the department page or install the QLess app. From there, they can see which appointments are open for the day. After making a reservation, they don't have to show up to the office until the appointed time. They don't have to waste valuable hours waiting to see someone. There's no longer any reason for them to choose between attending a class or holding their place in line.

A Drop in Attrition

Attrition refers to the number of students who stop attending classes over the course of a semester or an academic year. While it's true that there are numerous reasons for a coed to drop out of a class or to leave a university altogether, sometimes the way the college operates is the culprit. Some students may have to withdraw because of issues related to health or money problems, but others end up leaving their programs due to the fact that they can't get into the classes they need, or they feel that they're paying too much for what they receive in return.

It's beyond frustrating to get shut out of a class that you need for your major or, worse, to graduate, only to find out that it filled up while you were waiting for an appointment. At that point, there's nothing you can do, which only amplifies the anger. That's what students today feel like when they're forced to deal with over-crowded offices and under-staffed departments.

In contrast, the simple inclusion of queue management software can stop the crushing crowds. With timely appointments neatly scheduled all throughout the day, college administrators and employees don't have to scramble or rush. They can go into the system to see how many students are due on that day. Furthermore, the QLess system itself takes on the responsibility of making sure that there's someone available to help each appointment holder. 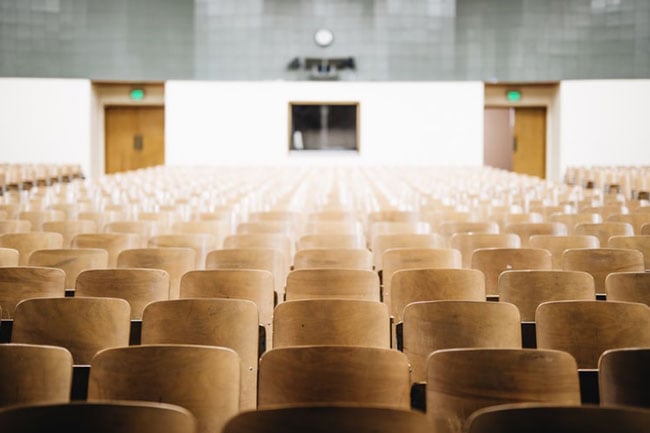 It stands to reason that since the queue management software can decrease attrition rates, it can also improve retention rates. Students are happier and more content when they feel as if their opinions and time are valued. As it stands at too many campuses across the country, students feel like dollar signs. They're made to believe they're nothing more than a means to an end, a way for their college to make money without giving back anything for it. Realizing that they don't have to fight for to see someone in the Registrar's Office is more than enough to soothe their anger and fears.

Fulfilled students want to remain on campus. They're eager to work hard to earn their degrees. The problem occurs when they don't feel heard or respected. There's no reason for coeds who pay tuition to have to make a choice between attending a class and signing up for a new one. They should be able to do both, and neither action should interfere with the other.

The ability to manage resources in a way that functionally works is another benefit associated with the use of queue management software. Employees are no longer referees for students. They don't have to spend their working hours trying in vain to catch up and force as many students through the door as possible. Instead, with their days neatly organized, they can genuinely help students by answering questions and assisting them with essential tasks, such as signing up for classes, paying laboratory fees, and applying for financial aid.

This has a significant effect on employee morale, as well. Administrators don't enjoy their jobs when they can't actually do them, nor do they enjoy adding to the stress that college students already experience. QLess software decreases the likelihood of burnout among employees because they have a leg up in streamlining their day-to-day appointments. They know what's coming and what they need to do to prepare.

Coeds and employees both love the queue management software's communication abilities. The system can send out notifications to remind students of their scheduled appointments or to give them a heads up that things are running behind and their meeting will be a bit later. That allows the students to continue with their day instead of showing up and waiting around a crowded office. Students can also send messages back to the office through the system, which is helpful in case they need to reschedule or arrive a bit later in the day. Strong, two-way communication can eliminate wasted time better than anything else. Going a step further, it's easier for students to pose questions or ask about what they need to bring when they use the QLess system. In opening up those lines, both administrators and registered students are happy. The two factions aren't working at odds with each other.

Queue management software seems like a simple solution to a complex problem—and it is. The fact that the solution is simple does not mean that the system isn't revolutionary, however. It bears repeating that today's students live on the cloud. That's where they organize their lives, for the most part. They've gotten used to professors who want them to turn in their assignments that way. They make other appointments via the cloud. It's easy for them to understand and, more importantly, they appreciate the ability to queue up without standing in line. They're happy to keep their appointments as long as they're allowed to make them. Today's students are responsible, and they take their college careers seriously. Colleges are failing them, however, due to disorganization and poor allocation of resources. QLess is the fix for those issues. It encourages communication, which goes a long way toward improving student attitudes. Are you ready to learn more about a queueless approach? Read our campus without lines whitepaper and discover how to improve college campus operations and retention rates.