This article was originally published in eCampus News 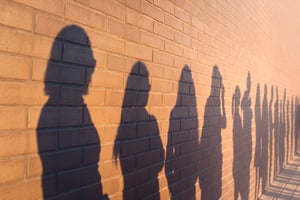 If you walk around almost any college in the country, the first thing you notice is that just about every building is named after some benefactor. Whether it’s a gym, a dormitory, or a theater, chances are it has the name of a wealthy individual or the logo of a company prominently displayed. And as far as memorials go, getting a campus building named after yourself is a pretty good choice, because tens of thousands of students, professors, and staff are guaranteed to see it every single year.

Unless that year is 2020. That’s because COVID-19 has forced almost everyone to work, teach, and learn from home. And no one knows how long that’s going to last. It could be a few more months, or we could lose an entire academic year of in-person classes. We could start up in September, only to have a second wave of the pandemic force people to abandon classrooms for another extended period of time. We just have no idea.

That’s why schools need to get serious about using technology to replace in-person experiences. And in some cases, these new approaches may actually be better than the ones we left behind. Let’s look at the process of getting financial aid, which even before anyone had ever heard of COVID-19, was an incredibly inefficient and frustrating experience for both students and staff. People had to line up for hours as they slowly snaked their way to the front, where an employee would help them fill out the paperwork to get the funds to enroll in school.

Even on a good day, this isn’t a great experience, but thanks to social distancing rules, it’s impossible to operate as they did before, because schools can’t have hundreds of people waiting in a line without significant risk. The same goes for enrolling in classes, queuing to take tests, or even going to class at all. And you can paint all the six-foot-apart outlines you want, but the reality is that it’s just not enough to protect the health of the community. It’s also an awful user experience. Who wants to kill half a day standing in a line?

This is where technology can transform lines into something that is efficient, safe, and (dare I say it) actually pleasant. If you really think about it, there have been alternatives to lines for a long time. When you get to a crowded restaurant, you can put your name on a list and do a bit of shopping before your table is ready. At the butcher counter, you can take a number and know that you don’t have to hover next to the cabinet, lest someone cut in front of you. But despite the obvious value of this approach, most colleges and universities have never really tried them. That’s why for the first week of school, so many campus buildings were completely inundated.

This is where technology can play a big role in improving the student experience, making schools more efficient, and protecting public health. The answer is to create “lines without lines.” In essence, students can use an app or kiosk to get a place in line and get constant updates on when it will be their turn. That way they can plan when to leave their houses to minimize the amount of time they need to physically stand in a line. It’s a model that’s been proven in other industries, but it’s only beginning to be adopted by colleges.

Of course, some schools are completely eliminating the physical experience by allowing students to talk to financial aid counselors by phone or video chat. This creates its own problem. After all, wait times can often exceed two hours just to talk to the right person. You might not think of it as a line, but that’s exactly what it is. Again, technology can come to the rescue by allowing people to know their expected wait times (in real-time) and by routing calls to the right people. This last part is especially important, because with so many college employees working from home, rather than their offices, it can be challenging for them to connect with students.

There’s no single app that is going to make colleges “COVID-proof.” And there are going to be a lot of bumps along the way as we figure out what the immediate future (not to mention the long-term effects of the pandemic) will look like. But by using apps and tools that make parts of the educational experience more efficient, institutions of higher learning can mitigate some of the biggest problems and dedicate themselves to what they do best: teaching.